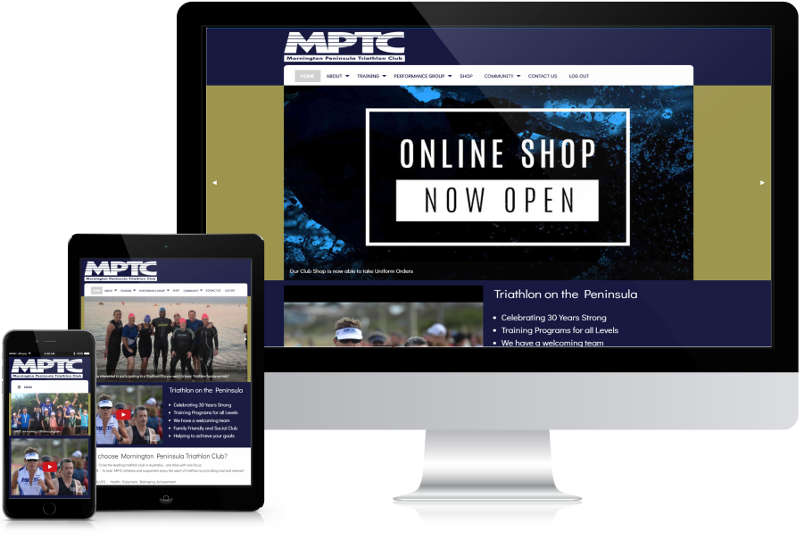 The Mornington Peninsula Triathlon Club (MPTC) was founded in 1986, and is one of Australia’s oldest and most respected triathlon clubs.

MPTC was commenced by a group of like-minded, interested people, such as Owen Johnston, Graham Musgrave, Ron Foster, Ken Jenkins and Graeme White. The first three had sons of great triathlon potential. Graeme White was the first president. The club was formed at a meeting held at the police and citizens hall, Tower Road, Frankston, and it became incorporated on 27th October 1986.

The original MPTC Website was built on a proprietary system and used a separate external provider to facilitate club uniform and merchandise sales. The site was not mobile optimised there was many work arounds in place to achieve website functionalities.

We created a new look site, with many new functions, and the flexibility in the future to add even more.

The new site, has an online shop built in, and the ability to more easily list club coaches, committee, club awards and winners.

The new website is built using WordPress, and includes the WooCommerce plugin for the online shop.
The website template is mobile-optimised using the latest Foundation 6 framework.
Plugins were created to make it easier to add and display Sponsors, and to Display ‘Club People’.

Several features were added to the website, so that it makes it easier for club members.

So how did the old site look?? 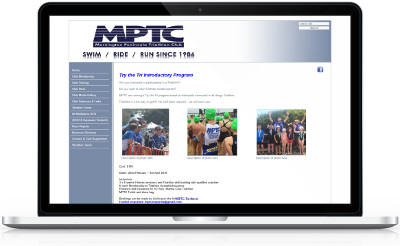